Notice: Trying to get property 'child' of non-object in /home/britpop/public_html/wp-content/themes/jnews/class/ContentTag.php on line 45

Ozzy Osbourne’s wife Sharon Osbourne reportedly fell ill on the set of a paranormal television shoot Friday night in Santa Paula, Calif., and was rushed to a nearby hospital.

The report by TMZ said the 70-year-old Osbourne was filming at the Glen Tavern Inn in Santa Paula, a location once featured on the Travel Channel’s Ghost Adventurers. There was no information on whether she was on-camera when the incident occurred.

The Ventura County Fire Dept. confirmed the incident to TMZ. The incident happened around 6:30 PM on Friday and transported Osbourne to the hospital. Her identity was confirmed by Santa Paula Police Chief Don Agular.

Sharon Osbourne stated that she is “doing great” after a recent hospital visit. 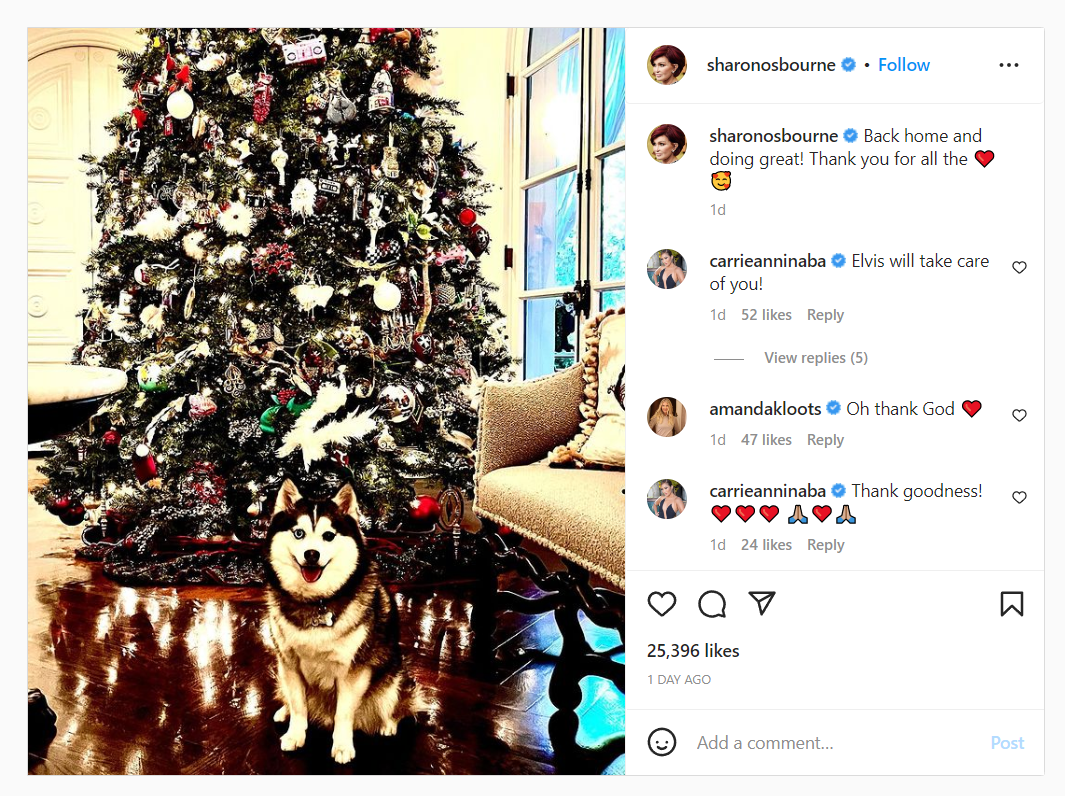 Ozzy and Sharon’s son Jack Osbourne later wrote on Instagram that his mom had been cleared by her medical team to return home.

“Ok, here is what I’ll say – first things first MY MOTHER WASN’T FILMING AN EPISODE OF @ghostadventures,” he wrote. “She was filming an episode of Night of Terror with me. Hahaha.”

“Thank you to everyone who has reached out with love and support.

As to what happened to my mum – I’m gonna leave it to her to share about when she is ready,” Jack added.