The 1975’s Matty Healy was recently spotted dining with Beck, as seen below. He was also at the Bleachers concert recently. A picture has emerged that noted Matty with Beck and Bleachers member Jack Antonoff at dinner in London at the Chiltern Firehouse.

The 1975 frontman Matty Healy disproved the rumors that a possible Taylor Swift collaboration is in the works. After Swift announced her upcoming album Midnights, due out Oct. 21, a possible leaked track listing began making the rounds on social media.

Among those tracks were collaborations with Stevie Nicks, Lana Del Rey and The 1975, who were rumored to feature on a song called “In My Dreams.”

Healy clarified that was not the real deal with a tweet on Saturday that read: “I would love that! But unfortunately FAKE NEWS :(“

The 1975 are preparing to release their own new album, titled Being Funny in a Foreign Language, on Oct. 14. The record, their fifth, is the group’s first time working with producer Jack Antonoff, who is a longtime collaborator of Swift’s.

Healy has also expressed interest in working with the 11-time Grammy Award winner, and said on The Green Room podcast in 2019 that he’d be down to produce an acoustic record for her if she wanted.

“I would never slag Taylor off, I think Taylor’s amazing,” he said. “Taylor Swift doing an acoustic record? I can’t think of a record that would sell more than that. Like, Taylor Swift’s intimate return to country. Of course, you’d wanna produce that! She’s [probably] gonna sit on that idea, but Taylor, if you ever want someone to help you set up the mics for your acoustic record, just so you know, I’m there.” 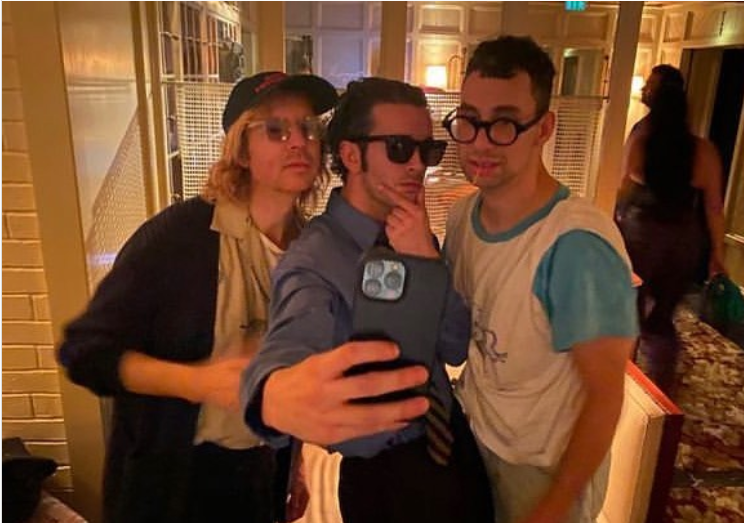