Jeremiah Green recently passed away at the age of 45. He was diagnosed with stage four cancer in December. Johnny Marr recently paid his tribute to his Modest Mouse bandmate.

It is to be noted that he and Marr were bandmates from 2006 to 2008. On January 1, Marr took to his Instagram account and made an emotional post.

The Former guitarist and co-songwriter to The Smiths accompanied Jeremiah’s picture with a message saying:

“The great Jeremiah Green. My friend, bandmate, and the most creative musician I ever met.”

The band confirmed his passing on December 31st with a message of their own:

“I don’t know a way to ease into this: Today we lost our dear friend Jeremiah. He laid down to rest and simply faded out. I’d like to say a bunch of pretty words right now, but it just isn’t the time. These will come later, and from many people. Please appreciate all the love you give, get, have given, and will get. Above all, Jeremiah was about love. We love you.”

Last week, frontman Isaac Brock confirmed that Green had been “diagnosed with cancer a short while ago” without going into specifics of his condition. It was also said that Green had pulled out of a tour because he had stage 4 cancer and was undergoing chemotherapy. 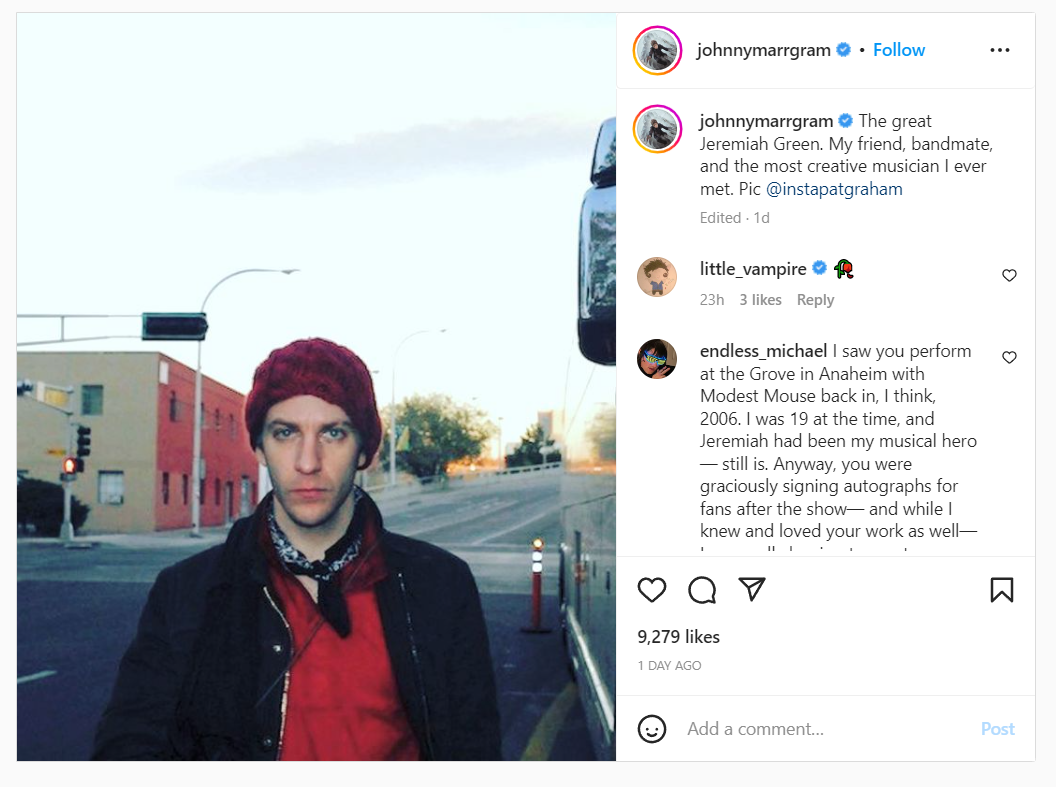