Britney Spears, who last November celebrated a legal victory that freed her from a 13-year conservatorship that controlled her personal and professional life, shared more about her experience during that time. The singer posted a 22-minute audio clip to YouTube on Sunday in which she addressed her conservatorship and the alleged abuse she was put through by her family.

Britney Spears thanked her fans but not her family:

“These people were on the street fighting for me but my sister and mother weren’t doing anything. They liked me being the bad one. Otherwise, why weren’t they outside saying ‘baby girl, get in the car, let’s go.”

CNN reported that they reached out to representatives for Spears to verify the authenticity of the YouTube audio message uploaded via video, which has been posted in its entirety on multiple outlets
In the recording, Spears says she’s had “tons of opportunities” to interview with media outlets, including Oprah Winfrey, that would have paid for her to “share the hardships and just really anything that’s going on in my mind.”

Britney Spears dropped a cryptic post on her sister

Britney Spears posted some rare throwback photos to Instagram and shared a cryptic message about her family after their public feud was reignited on social media in recent weeks. She shared snaps from the 2003 Kids Choice Awards, the 40-year-old pop star posted three photos to Instagram, one of which features her attending the event with her younger sister, Jamie Lynn Spears.

Check out the screengrab below: 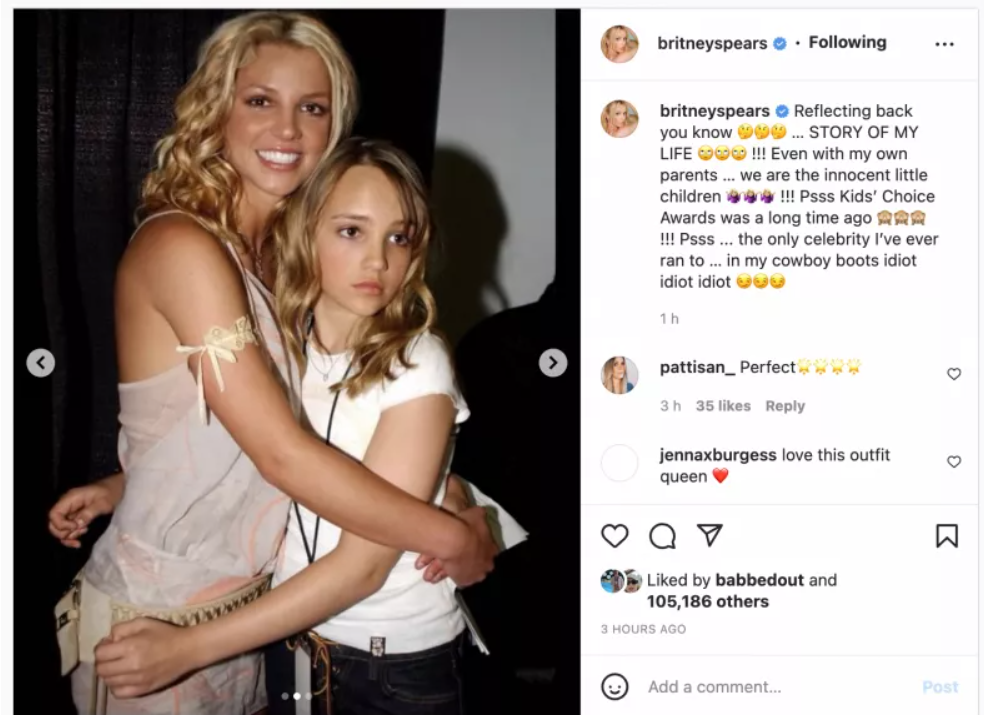