Blur Member Makes Out With Wife In Intimate Photo

Blur’s Alex James and his wife Claire Neate were recently spotted in public. They were witnessed kissing  and cuddling outside Scott’s restaurant in London’s Mayfair on Sunday, Daily Mail reports.

Alex James and his wife got intimate in public

The Blur singer was in a celebratory mood following his successful sold-out gig, which marks their first tour since 2015 to be held at Wembley Stadium. Alex, who was sporting a new beard, wrapped his arms around his partner as they shared a smooch outside the popular fish restaurant.

Meanwhile, Claire was sporting a pair of stylish Gucci trousers with a maroon jumper and a funk star print bag and Chelsea boots. Claire stood outside with her husband while holding a cigarette in her hand.

The couple were accompanied by their son Geronimo, who was dressed down in a pink long-sleeved top and a pair of grey sweatpants.

They also share twin sons Artemis and Galileo as well as two daughters, Sable and Beatrix.

Blur recently announced a second reunion show at London’s Wembley Stadium due to phenomenal demand. Blur announced on November 17 that they would be reuniting for a one-off gig. It sold out the same day and they have now added one more date.

It has been noted that Blur are returning to the stage for their first gig on Saturday 8 July, 2023. This will mark their first headline show in eight years, and first-ever performance at Wembley Stadium. 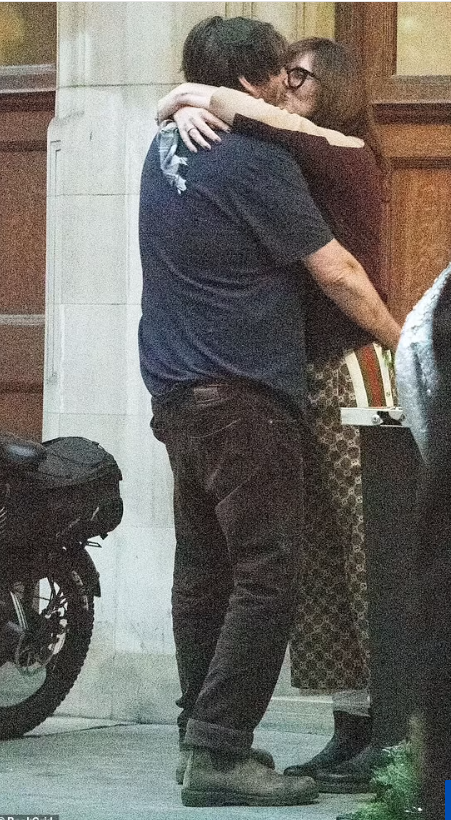