by Dustin Schumacher
in Entertainment, News
0

Sophie Rundle recently posted a beach photo for her Peaky Blinders fans, as seen below. The great actor known to all as Sam Claflin is back at it again and rolling the train forward with a fresh role that will leave many wanting more. By the looks of the film that Sam has just signed up for, we are truly in for a dark and gritty treat.

Best known for playing Oswald Mosley on Peaky Blinders and Finnick Odair in the Hunger Games franchise, Sam Clafin has signed on to star in the supernatural thriller ‘Bagman’. Those who are onboard already with ‘Bagman’ will be no strangers to Sam Clafin as Colm McCarthy, who previously directed The Girl With All the Gifts, the Krypton pilot, and the entirety of Peaky Blinders season 2, is taking the reigns of the film as he will be working from a screenplay by John Hulme.

For those wondering about what part of the movie in which Sam will play, here’s a taste of his outline for his character. It was said that Sam will play “a father who desperately struggles against his deepest inner fear when the childhood monster he once vanquished returns to haunt him. This time, however, the father has to muster the strength to not just fight for himself but for his family.”

Surely, he fits this role well and we know how great he can be in the thriller context. The film will be held by Lionsgate who are always wonderful at bringing things to life. Fans of Sam’s are already boasting about how the film could turn out as they know what he is capable of doing on the big screen as well as the small screen. We have yet to hear much more detail from Sam about the character, but in due time, things should become even more front and center within the media hype world. 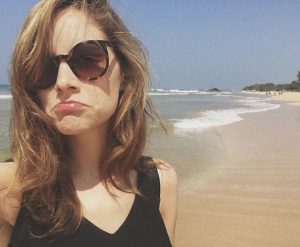