Former “American Idol” judge Simon Cowell was recently trolled by the fans. He sparked concern from fans after appearing unrecognizable in a Twitter video — just months after he said he was done with Botox. The clip has since been deleted as trolls eviscerated his appearance with many comparing him to a “Madame Tussauds waxwork.”

In a concerning video clip, posted Thursday, the 63-year-old TV host encouraged people to contact him in order to audition for “Britain’s Got Talent,” the UK counterpart to his popular “America’s Got Talent” competition.

“I always say on this show, two or three minutes can change your life,” declared Cowell. “And it has. And maybe this time it’s gonna be you.”

“So please audition now for next year’s season and I look forward to meeting you.”

🤡Simon Cowell has sparked concern from fans in a new video shared to social media on Thursday. pic.twitter.com/ncePBmmq3T

However, the most striking part of the clip was the appearance of the Brit, who sported an especially shiny face, nearly luminescent white teeth and seemingly enhanced features many Twitter commenters accused of being indicative of some sort of cosmetic procedure.

“Um, can we talk about Simon Cowell for a moment?” said one concerned fan along with photos juxtaposing a still from his recent promo with an earlier photo of the talent show icon, in which he sported a more fully fleshed, natural-looking face.

“Simon Cowell’s the son of Herman Munster,” joked one commenter alongside a photo comparing Cowell with the Frankenstein-esque “Munsters” character.

Another social media comedian said it looked as if Cowell had skinned someone alive and was “wearing their face” like Leatherface from the classic horror movie “Texas Chainsaw Massacre.” 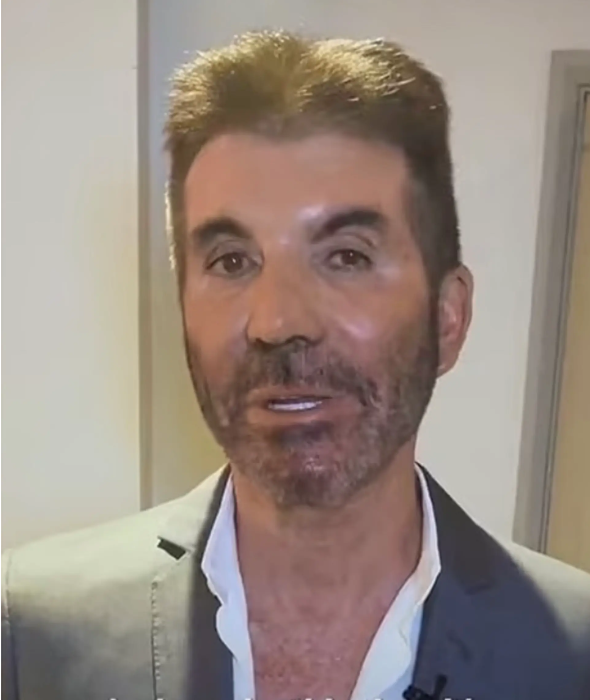