Buckingham Palace recently issued a statement stating that doctors were concerned about the health of Queen Elizabeth. The doctors recommended that she remained under medical supervision. Recently, a picture was snapped of The Queen when she received Liz Truss at Balmoral Castle a couple of days back. Her Majesty asked her to form a new Administration. Ms. Truss accepted Her Majesty’s offer and was appointed Prime Minister and First Lord of the Treasury. This was the last picture before the health emergency took place.

On Tuesday, newly appointed UK PM Liz Truss had herself traveled to Balmoral to be appointed by the Queen, in a break with tradition as the monarch would have normally seen her in London. But the Queen had suffered from mobility issues recently and so the meeting was moved to Balmoral.

The Queen’s children were either already with her at Balmoral Castle in Scotland or traveling to be with her. Prince Charles, Camilla and Princess Anne are at Balmoral.

Prince William, the Queen’s eldest grandson and second in line to the throne, is on his way there, while his wife Kate, Duchess of Cambridge, has remained in Windsor as her children are on their first full day at their new school. Prince William’s brother, Prince Harry, and his wife Meghan had been in the UK in recent days for engagements, and are now known to be travelling to Scotland too. 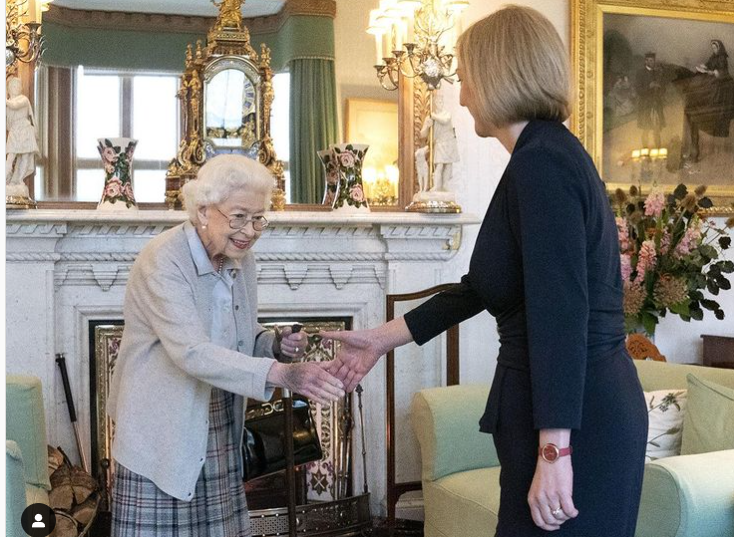