Former One Direction member Harry Styles was recently spotted ith beautiful brunette, Sofia Krunic, on Friday as they stood outside of The Chiltern Firehouse in London as reported by Daily Mail.

The Grammy winning singer embraced his female companion – who is Head Of Events at the upmarket establishment, while saying goodbye and heading into a taxi.

It comes after his November split from director Olivia Wilde, 38, after a two year romance – with the pair reportedly parting ways due to ‘having different priorities’.

Harry was wrapped up warm in a grey hoodie and padded jacket from The North Face, adding a black scarf to battle the chilly weather.

He carried a cream tote bag over one shoulder while shielding his eyes with a pair of black sunglasses. Carrying a takeaway coffee, he pulled his signature curly locks away from his face and into a claw clip.

Harry was joined by a brunette female companion, who sported a black jacket and left her locks in a soft wave. The pair appeared to be close as Harry wrapped an arm around her while they shared a hug goodbye, before he headed into a black cab.

People Magazine claimed in November that the singer and Olivia Wilde are ‘taking a break’ from their romance due to having  ‘different priorities that are keeping them apart’.

A source said: ”He’s still touring and is now going abroad. She is focusing on her kids and her work in LA. It’s a very amicable decision. They’re still very close friends.”

A friend added to the publication: ”Right now, they have different priorities that are keeping them apart. The public pressure on them has been difficult. They’ve had ups and downs throughout the relationship.” 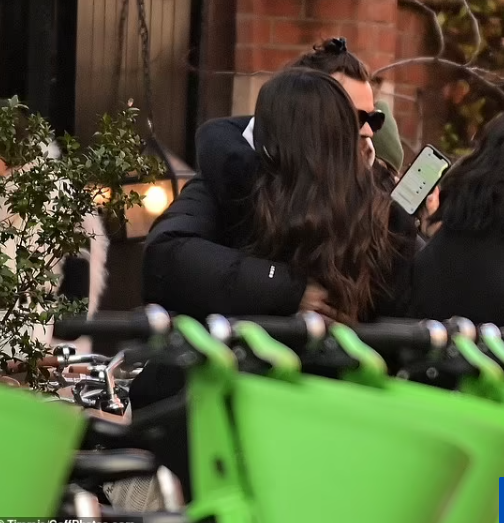 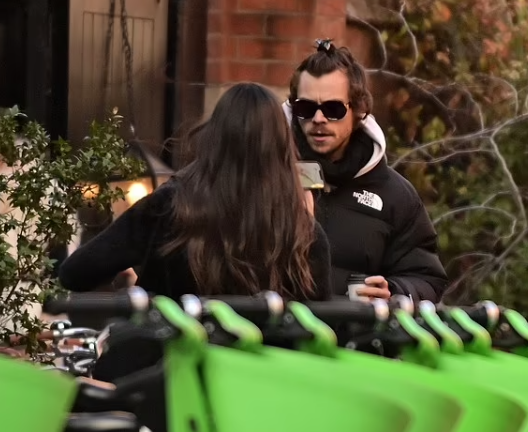 Liam Gallagher Reveals Oasis Is Back In 2023