The Beatles Reunite For Elton John In New Photos

Beatles Ringo Starr and Paul McCartney recently reunited. They were joined by a host of stars including Elton John, David Furnish and Twiggy as they celebrated the documentary premiere of If These Walls Could Sing on Monday as reported by Daily Mail.

It has been noted that ‘If These Walls Could Sing’ reveals the ”untold story of the Abbey Road studio” which is still considered ‘the heart of the music industry,’ as per Disney+.

”In this personal film of memory and discovery, Mary McCartney guides us through nine decades to see and experience the creative magic that makes it the most famous and longest-running studio in the world,’‘ the synopsis reads.

The documentary features all-star appearances from the likes of Elton John, Noel Gallagher and Paul McCartney, along with archival footage and session tapes.

Paul McCartney and Ringo Starr spotted in one frame

Paul looked dapper in a black coat and a coordinating shirt, posed alongside his wife Nancy, who put on a stunning display in all-black while toting her essentials around in a coordinating leather clutch.

Also at the Disney+ event, held at London’s Abbey Road Studios, Ringo, looked suave in a black coat while flashing a peace sign towards photographers as he attended with his wife Barbara Bach, 75.

Actress Barbara added a pop of colour to the event with a red polo neck, which she layered beneath a black jacket while sporting trousers.

Paul’s fashion designer daughter Stella McCartney, 51, wrapped up in a brown coat, which she teamed up with a coordinating top and leather boots. Paul’s musician son James McCartney kept warm with a green padded coat.

Elsewhere Mary McCartney, who cut a chic figure in a black minidress and a sparkly necklace, embraced her father’s bandmate Ringo and seemed delighted to see him. 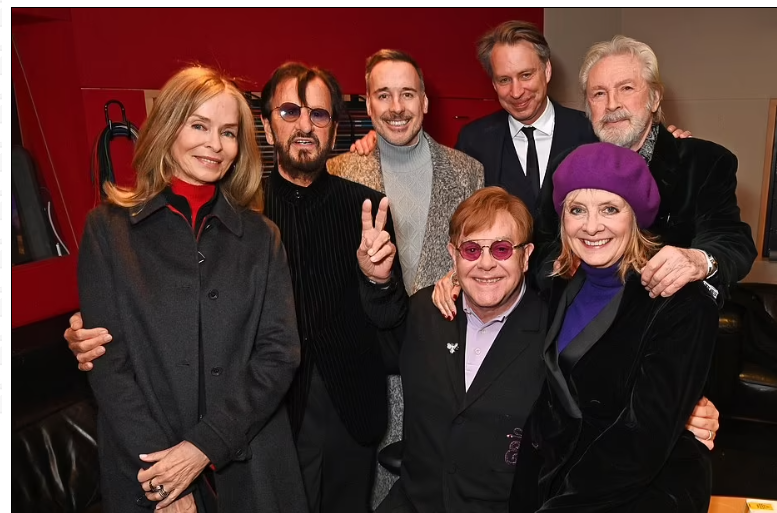