Liam Gallagher claimed he is the leader of Oasis, and still is, not Noel, in a new tweet, as seen below.

Former Oasis rocker Noel Gallagher recently announced details of an outdoor headline concert in Dublin this summer, with Primal Scream and Happy Mondays and tickets are available.  It’s one of a series of summer shows in support of Gallagher’s new album with the High Flying Birds, ‘Council Skies’, which will arrive on June 2 via Sour Mash. You can pre-order/pre-save it here.

On August 27, Gallagher will play the Royal Hospital Kilmainham with Primal Scream and Happy Mondays. Tickets for the show go on sale on Friday, January 27 at 9am GMT. Fans can buy the tickets here.

It has been further noted that Gallagher’s new album was first previewed by the Johnny Marr-assisted single, ‘Pretty Boy’, and followed up recently by the track ‘Easy Now’. In support of the new album, Gallagher has announced a number of outdoor gigs for next summer, including an Essex show with The Zutons and former Kasabian frontman Tom Meighan in support.

Also recently announced was a homecoming concert in Manchester at Wythenshawe Park on August 26, with Primal Scream and Future Islands in tow.

On August 19, Gallagher and his band will also play an outdoor gig at Monmouthshire’s Caldicot Castle with Feeder and Goldie Lookin’ Chain in support. ‘Council Skies’ was recorded at the singer’s own Lone Star Sound Recording Studios in London, while its string parts were recorded at the legendary Abbey Road Studio. 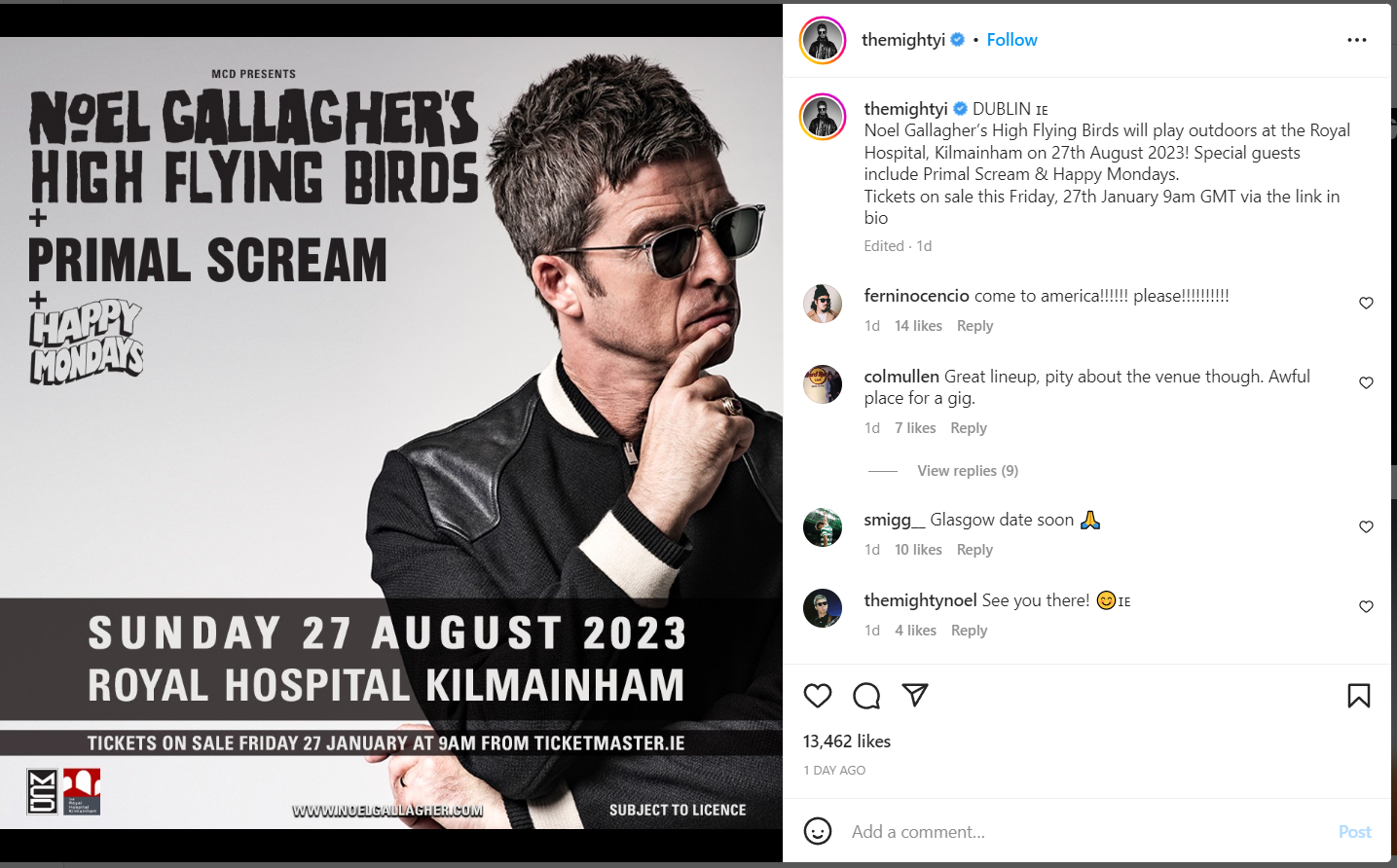