Fans are shocked with the ticket prices for Adele’s show in Las Vegas next month. On StubHub, an American ticket exchange and resale company, tickets to the singer’s upcoming sold-out shows are currently listed at jaw-droppingly exorbitant prices, reaching as high as $311,401 a pop.

“Weekends With Adele,” the singer’s highly-anticipated four-month residency in The Colosseum at Caesars Palace in Las Vegas, Nevada, kicks off on Nov. 18.

Seats are similarly expensive on the resale website Vivid Seats, where tickets top out around $28,000 a pop.

Tickets to the show are currently not available on Ticketmaster. The company did not respond to the Star’s request for comment.

The residency, set to run through March 25, was originally slated to take place last January, but was cancelled due to delivery delays and global pandemic. Adele’s latest studio album, “30,” was released in Nov. 2021. Featuring her first new music in six years, it became the world’s bestselling album of 2021, and won the British Album of the Year at the 42nd Brit Awards. 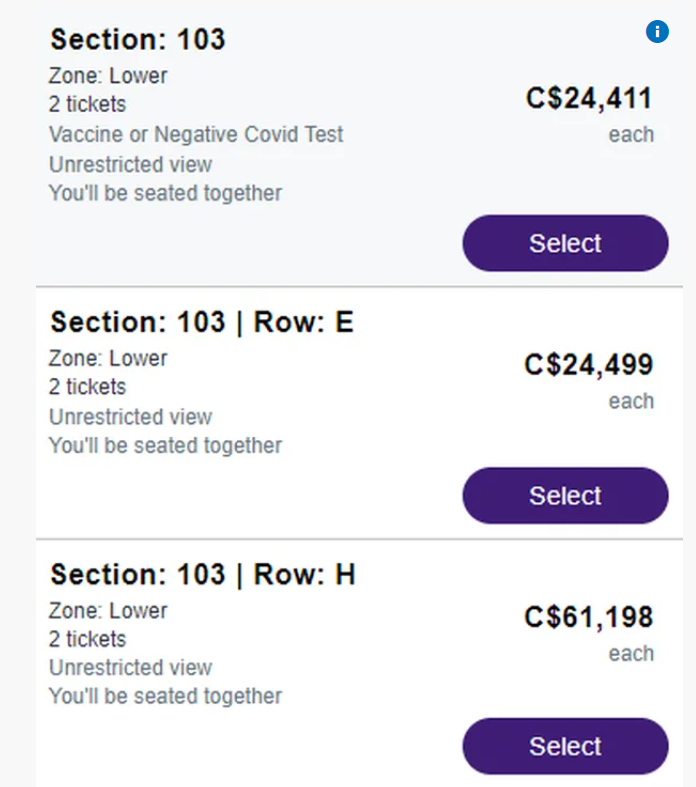