Although this is a very much debated question have you ever considered which one of the 32 Oasis singles is the best? Gone are the days when a single contained three B-sides. But the question is: should this be the main factor  taken into consideration when comparing singles? For example the second Oasis single “Shakermaker” contained three B-sides of immense quality in ” D’yer Wanna Be A Spaceman”, “Alive” and an early version of “Bring It On Down”. However the one of the final Oasis singles “Shock Of The Lightning” only contained One B-side which happened to be a Chemical Brothers remix of “Falling Down”. Are the B-sides key in the success of a fledgling single or is it the A-side which is most crucial key to success?

Looking back through the Oasis chronology it is clear to see that a band with B-sides such as “Fade Away”, “Half The World Away” and “The Masterplan” took pride in delivering a bloody good single! The Masterplan album (a compilation the best B-sides) is widely regarded as one the best Oasis albums even though it is made purely from… well, B-sides!

Which Oasis single is the best?

“Cigarettes And Alcohol”- with “I Am The Walrus”, “Listen Up” and “Fade Away” “Some Might Say”- with “Talk Tonight”,  “Acquiesce” and “Headshrinker” 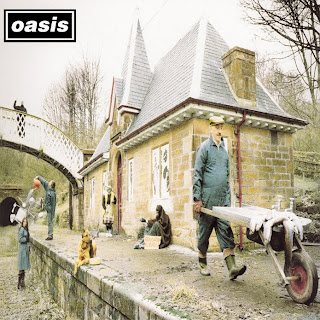 What is your personal favourite?